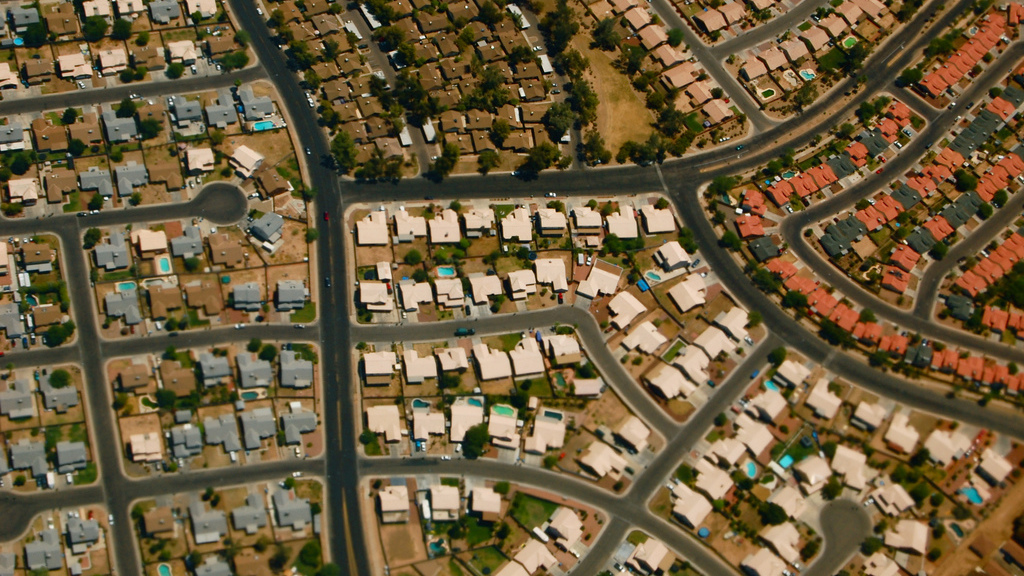 At the end of 2013, the journal Cityscape put the following statement to contributors and asked their opinion of it: “In 40 years, the average person will live closer to her neighbors and farther from the ground than she does today.” This is a critique of one response. More to come…

Most urbanists will tell you that we’ll be living at higher densities sooner than you think. Nathaniel Baum-Snow, an economist at Brown University, is one of them. He cites a handful of reasons why he thinks we’ll all be living closer to our neighbors 40 years from now, including commute times, declining fertility rates, and stalled highway construction. Baum-Snow makes valid points, but many of his assumptions presume that the world 40 years from now, at least technologically, will look similar to today. Given the last 40 years, I’ll be surprised if that happens.

Self-driving cars are one of the biggest threats to the future of cities, and widespread adoption could single-handedly undermine one of Baum-Snow’s most compelling arguments—commute times, which he says will be a driving force behind increasing urban densities. As incomes have risen for many city dwellers—those in the top 50 percent, at least—the value of their commute time has also risen. Given Marchetti’s constant, which says that commute times tend to hover around 30 minutes each way, snarled traffic will force the wealthy out of the suburbs and back to cities. In a sense, we’ve already started to see that.

But self-driving cars could reverse that trend. As people’s commutes are freed up for other tasks, including work, they’ll stretch their daily trips, once again allowing them to live where they want. And as we’ve seen, people want to live where they have more space.¹ Compounding the problem is the fact that most early adopters are likely to be wealthy, the same people Baum-Snow says will be looking to drive less.

Working in cities’ favor, Baum-Snow adds, are declining fertility rates. Between 1967 and today, birth rates have fallen from 0.122 births per woman of childbearing age to 0.065, nearly a 50 percent drop. With people having half as many children, the need for space should decline. But as we’ve seen, that’s not necessarily the case. Between 1973 and 2012, median home sizes have grown from 1,525 square feet to 2,306 square feet, the same time that fertility was declining. In that same time period, median household income has risen almost $10,000 when adjusted for inflation, a nearly 25 percent increase.²

Then there’s the siren song of the suburbs—school quality. Suburban and small town school districts frequently outperform their urban counterparts. Baum-Snow notes that the quality of public schools in big cities has stabilized, at least, but that isn’t quite the same as improving. Plus, even if they do improve, urban schools will have to overcome the stereotype wrought by decades of poor performance.

(There is a simple fix, of course—invest in public education at all levels. Early childhood programs have shown great promise at preparing children of all backgrounds for full-time school, and education is the best chance many of children have to break free of poverty.)

Given these realities, I don’t think the future points to downtown, as Baum-Snow does. It’s true that city centers are the hot place to be, but density numbers don’t reflect the newfound enthusiasm. And trends in technology could shatter the many cities’ recoveries.

Despite that, I think many of us—at least, those of us not in the top few percent—will be living closer together. Not downtown, but in the sprawling inner suburbs that will be indistinguishable from the rest of the city, slogging through long commutes between home—which was convenient to the old job we got laid off from—and our new jobs on the wrong side of town.

In 40 years, will we live in cities in the sky?

Marchetti’s constant, or why the 30 minute commute is here to stay