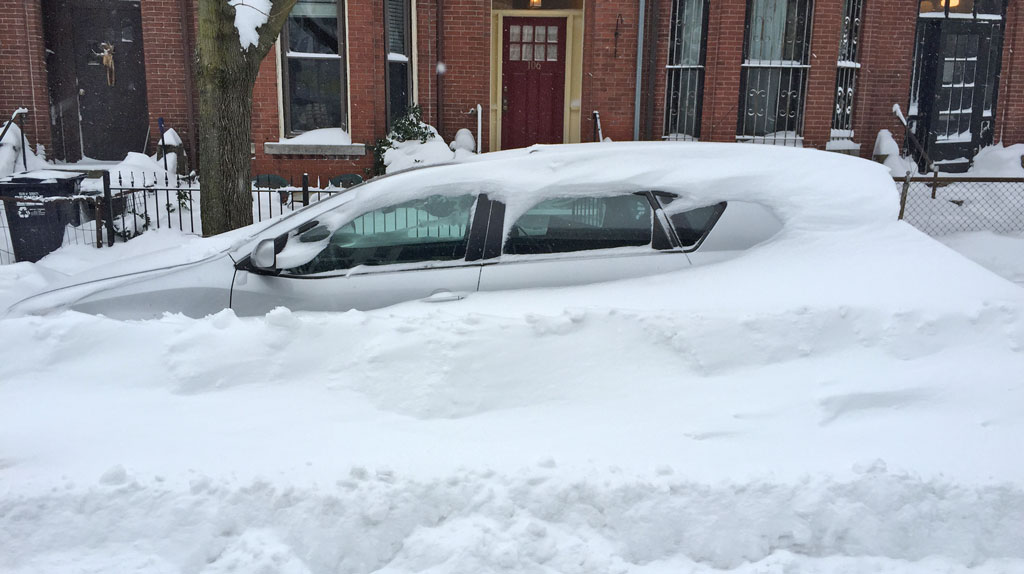 During this week’s blizzard, Massachusetts and several other states in the Northeast took the not-unprecedented measure of banning nonessential traffic from the roads. The official reason was to keep plows moving freely and prevent distracted drivers from sliding into ditch, but it also had an unintended consequence—the ban lowered the region’s carbon emissions.

Every day, transportation pumps out just over 60,000 metric tons of greenhouse gas emissions in Massachusetts alone. That’s about a third of the state’s overall emissions, which total about 178,000 metric tons per day. In other words, taking cars off the road can have a considerable impact.

And it did, though it’s not as straightforward as subtracting those 60,000 metric tons. While private cars weren’t on the road, plenty of snowplows and other machinery are. Since they wouldn’t be prowling about without a snowstorm, they mitigated the reduction. Statewide, there were about 5,000 pieces of equipment out dealing with the snow. As a ballpark estimate based on self-reported fuel use by snowplow drivers, they use about two gallons of fuel per hour and were split between gas and diesel. (Gas sold at service stations produces about 18 pounds of CO2 per gallon, diesel about 22 pounds, so we’ll say 20 pounds on average.) So while 60,000 metric tons of emissions are eliminated with the ban, about 2,300 metric tons are added.

Work through the math and you see about 57,000 metric tons of emissions were reduced by the driving ban. So yesterday, Massachusetts produced about 32 percent less CO2 than it typically would have. Over the course of the year, that’s a drop in the bucket. But for one day, we caught a unique glimpse of an automobile-free future.